The Millennial Generation & Entitlement: How Should The Church Respond?
(published 2008)

Over the last 5 years, many articles have emerged about our newest generation, dubbed "The Millennials." They are 80 million strong and born roughly between 1980 and 1995, which puts them at 13 to 28 years of age. They are an interesting group, because some articles written about them discuss how they are revolutionary, wonderful and self-actualized people. However, other studies and articles have described how deeply depressed, entitled, and emotionally bankrupt they are.

So which is it? Can both be true? In either case, what should the church's response be to this generation?

First, what shaped the mindset of this generation? There are a number of theories. Some sources trace it back to a reaction of the Baby-Boomers against their own circumstances, inferring that they wanted to raise their kids with freedom from the hardship and struggles they faced. According to this view, they protected, coddled and did whatever they could to give their kids the best and happiest of childhoods. 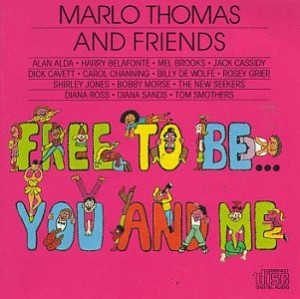 This motive may have contributed to the "self-esteem" movement that emerged in the 70's. One of the most famous faces of this movement was Marlo Thomas. A well-known celebrity, she and other celebrities kicked this movement into gear with her "Free To Be…You And Me" series. Through songs and performances, things such as self importance, tolerance, and personal happiness were extolled, telling children that no matter what, they can get what they want out of life. The sky is the limit! The series went on to win an Emmy and Peabody Award. It was all the rage.

By the 80's, the self-esteem movement touched every as aspect of our culture. Many children's TV shows weaved the mantra of how important little Bobby and Susie were into their storylines. Programs were developed in school sports where everyone was a winner, regardless of their performance. And they were rewarded as such. Responsibility was equated with hardship, so some parents steered clear of pushing responsibilities onto their kids and teaching them to be accountable. Instead of having a generation that values things such as absolutes, security and a strong work-ethic, we now have a generation that has no absolutes, and holds the value of their lifestyle and fun above all (1).

This is evident in the segment of the millennials that is just now entering the workforce. Wall Street Journalist columnist Jeffery Zaslow recently echoed this sentiment on the show 60 Minutes. "You now have a generation coming into the workplace that has grown up with the expectation that they will automatically win and they will always be rewarded." On the same 60 Minutes segment, called "The Millennials Are Coming", one young man admitted that he wants to be praised for whatever he does. Zaslow continued, saying that "the codling virus continues to eats away even when junior goes to college." He then told a story about how one professor had a student come up after class to complain about their grade, and then handed the phone to the professor saying their parent was on the line to discuss it!

Marian Saltzman, an executive at ad agency JWT, has been managing and tracking Millennials for the past 5+ years. She says that there is a segment of this group that is hard working, clever and resourceful, but there is also a segment of this group she has dealt with that are incorrigible. "(When speaking to them) you can’t be harsh, you cannot tell them you are disappointed in them, you can’t really ask them to live and breathe a company because they are living and breathing themselves and that keeps them very busy…" Morley Safer summed it up: "They come first… childhood filled with trophies and adulation didn’t prepare them for the cold realities of work."

Words like ‘narcissistic’ and ‘entitled’ are often used by journalists, researchers and commentators to describe this group. For example, the December issue of Allure even had an article entitled "The New Narcissist." In all fairness, ‘narcissistic’ can’t be used to describe the entire group of Millennials. There are a number of kids in this generation that do value hard work, have the ability to delay gratification, and look out for others. But the amount of attention and study this phenomenon has gathered says there is something veridical to the "me first" attitude displayed in the 10 to 30 age range.

So after 25 years of American children being indoctrinated with how special they are, did it work? Have the millennials grown up more able to cope with the ups and downs of life than previous generations?

According to a study published in the May 2003 issue of Psychological Science in the Public Interest – the answer is a resounding “no!” The report, "Does High Self-Esteem Cause Better Performance, Interpersonal Success, Happiness, or Healthier Lifestyles?" took an objective scientific look at the effects of self-esteem in the major areas of life (work, life success, etc.). The authors were researchers from large universities, such as Roy F. Baumeister at Florida State University and Kathleen D. Vohs from the University of Utah. "We have not found evidence that boosting self-esteem causes benefits," the authors wrote. "Our findings do not support continued widespread efforts to boost self-esteem in the hope that it will by itself foster improved outcomes." They discovered that "efforts to boost the self-esteem of pupils have not been shown to improve academic performance and may sometimes be counterproductive" They go on to say "Subjective experience creates the impression that self-esteem rises when one wins a contest, garners an award, solves a problem, or gains acceptance to a social group, and that it falls with corresponding failures. This pervasive correlation may well strengthen the impression that one's level of self-esteem is not just the outcome, but indeed the cause, of life's major successes and failures." On the contrary, they said, "indiscriminate praise might just as easily promote narcissism, with its less desirable consequences."

Even more troubling is a recent study reported in the Archives of General Psychiatry. The study was funded by the National Institutes of Health, the American Foundation for Suicide Prevention and the New York Psychiatric Institute. The study included a nationally representative sample of over 5,000 young adults aged 19 to 25. Including substance abuse, the study found that nearly one in two young people have some sort of psychiatric condition. Nearly one out of five has a personality disorder that interferes with everyday life, and less than 25 percent of this group gets treatment.

Around 2000, the publication Pediatrics examined psychosocial issues in thousands of millennial children ages four to 15 during pediatric visits for common health concerns. The study found significant increases in reports of emotional problems, including depression and anxiety, between children studied in 1979 and those seen in 1996. (2) 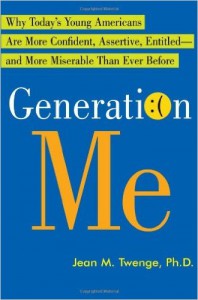 So scientifically, not only did the self-esteem movement not work like it was suppose to, but the rate of emotional problems has increased. The increasing rate of depression and alcohol abuse could perhaps be attributed to the increase in broken families, abuse and neglect, which has been on the rise since the 1970's. But part of this striking increase in psychosocial problems is also attributable to children being raised in a "me-centered" environment, free from failures, only to have the realities of the world hit them head-on as they get older and with little framework for coping with them.

So what should our response be? Popular thought, expressed by motivation consultant Bob Nelson, is that "If you want to…get the best out of them, you sure better know what presses their buttons." Thus, many believe they must be entertained and showered with lots of thanks, gifts and rewards to get them to do what is wanted. Is this really the answer—to continue to coddling trend? To perpetuate catering to their every whim and need? Probably not. This doesn’t get to the root of the problem, it just pacifies (and prolongs?) the situation.

This is where the church can help. At our church, we encounter youth all the time who have these exact issues, ranging from being totally consumed with self, to more serious issues such as emotional problems and carrying the pain from a broken or abusive home. Many have never stepped into a church, but they see the real relationships the youth at our church have with each other—and they are intrigued. As one of the high schoolers put it, "At school it is cool to hate God, but they see the tight relationships we have that are nowhere else, and it is different than what they are use to, and they want that." It is something that goes against the grain of many relationships they see among their peers, where jumping from friend to friend is the norm when they don’t meet your need. 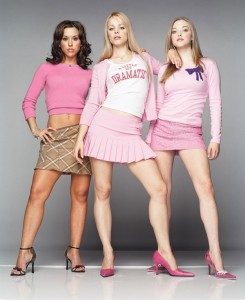 Another high school senior who attends our youth program observed; "the movie Mean Girls is only a slight exaggeration - girls at school are competitive, are in cliques, and they look at relationships as something to fill their basest instincts. One day they say they love you, then the next days they are calling you names for daring to wear the same shoes they have. They don’t know how to find the real love that only God can bring to them."

It is the love of Christ that has really transformed the lives of many youth here. They hear for the first time how the God of the universe loves them so much that He died for them. Accepting Christ into their life, they feel much of their loneliness fall away as they experience the love of God in their lives. They soon learn how more rewarding and fulfilling it is to serve and love others, instead of serving and loving only themselves.

Not only do they build meaningful relationships with peers, but they take this love to those outside their peer group. Many of our youth volunteer their time in an after-school program at an inner-city ministry nearby. A group of the college-aged kids also volunteer on a regular basis at a homeless shelter for women. They folded blankets, clean-up trash, helped with childcare, threw birthday parties, and did whatever else was needed. For their hard work were presented with a certificate for their outstanding service at the 2007 United Way Volunteer Celebration. In their newsletter, United Way had this to say: "The service (your youth) provides is incalculable. In addition to helping out in so many important ways, their friendly manner brings smiles to the faces of children who would otherwise go without much recognition on a special day."

Sean, a 20-year old man diagnosed with an autism spectrum disorder, struggled most his life with relating and loving others. He was plagued with bitterness from years of brutal treatment at the hands of his peers at school. In 2003, he accepted Christ and since then has blossomed into one of the most loving and serving individuals I know. He started volunteering his time at Salvation Army in 2007, and in 2008 he was awarded the "Outstanding Student Volunteer of the Year" in front of a gathering of 200+ prominent business people, organization workers, and other volunteers. When asked about his change from being bitter at people to wanting to serve others, he said "When I learned to forgive, then I learned to have compassion, especially for those who have it more difficult than myself."

Teaching kids from the Millennial generation the love of Christ, generosity, gratitude, and the joy of serving others has melted away a lot of the negative stereotypes that plagued them.

So it is possible to resolve the paradox; Millennials’ depraved, emotionally bankrupt lives need the same treatment as all the generations that preceded them. The law of love is the Lords’ prescription for lives that work, and as the scriptures say “…the plans of the Lord stand firm forever, the purposes of his heart through all generations (Psalm 33:11).”