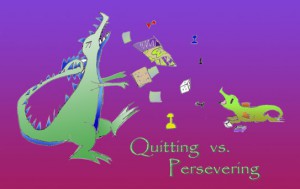 Perseverance (and/or endurance) is one of those character traits that benefits so many areas of life: school, work, relationships, spiritual growth, and difficult times. If never given opportunities for perseverance to develop, people find themselves unable to function successfully in these areas of life.

For example, two people are assigned the same paper in college. Person A, who we will call Zoe, was raised in a home where everything was provided, where she never had to work for money, and where her parents came to her rescue whenever anything difficult happened. When Zoe turned 16, she was
given a car and the parents paid the insurance and gas so Zoe could focus on schoolwork and after-school activities. On the other hand, Person B, who we will call Ashley, was raised in a home where her mom worked evenings. Ashley had to cook, clean and help put the younger siblings to bed on a regular basis. When Ashley turned 16, she had enough money saved from neighborhood babysitting jobs to put a down payment on a used car. To pay for the upkeep of the car, Ashley got a part-time job at a local restaurant that worked around her school schedule.

Zoe and Ashley soon find out that this is a very difficult paper. If done right, it will require countless 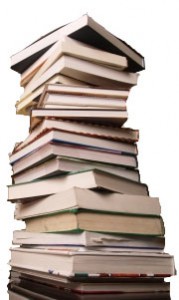 hours of research and writing. Zoe, who led an entitled life and was not given opportunities to learn perseverance, deals with this assignment by complaining, procrastinating, and throwing mini temper tantrums as the deadline gets closer. She begs her teacher for a later deadline. Eventually she turns it in – late. When she gets a bad grade, she asks her parents to intervene to get the professor to bump up her grade.

Ashley tackles the assignment with a different attitude, however, because her experiences in life have allowed her to develop perseverance. She is not immune to frustration when she has a mental block at 11 pm, but it’s fleeting and she is able to put it aside and focus on the task, knowing it will be over soon.

You might think I am being extreme, but I have heard many stories attesting to the fact that people like these exist (some even more ridiculous than Zoe). Working through something difficult, or something that takes a long time to do, develops perseverance. The bible has this perspective as well, for it says in Romans 5:3 “Not only so, but we also glory in our sufferings, because we know that suffering produces perseverance.” For those that feel entitled, life should be easy, not hard, so the entitled person may just quit or complain (or both). They never build the stamina to stick with something that is hard.

Unfortunately, this doesn’t just play out in school and work, but in relationships as well. Gaining close relationships requires learning to be with another person after their best “first impression” behavior starts wearing away and what’s revealed is their demands, sins, and the differences that drive others crazy. A person who has built character traits like perseverance, forbearance and gratitude tends to have close friends because they work through this "annoyance" stage. These friendships have longevity too – friendships that last for 5, 10, even 20+ years. A person who never developed character traits like these tends to have a history of broken relationships, and changes friends every few years.

One of my favorite bible passages about endurance and perseverance is Hebrews 12:1-3:

“Therefore, since we are surrounded by such a great cloud of witnesses, let us throw off everything that hinders and the sin that so easily entangles. And let us run with perseverance the race marked out for us, fixing our eyes on Jesus, the pioneer and perfecter of faith. For the joy set before him he endured the cross, scorning its shame, and sat down at the right hand of the throne of God. Consider him who endured such opposition from sinners, so that you will not grow weary and lose heart.”

If life is viewed like a race, it is long and filled with obstacles. Without perseverance, one cannot get very far in the race – there will be a lot of detours and quitting. How well someone runs will also depend on what someone sees as the prize for finishing. For those who have a relationship with Christ, they see an amazing prize at the end of this race. Having that mindset can help one persevere in difficult times and endure the distractions that are thrown their way. If one is running the race of life with no point, no goal to strive for, then there really is no motivation for running it well. In fact, with that perspective one might as well take all they can along the route…be happy in the moment regardless…and get all that to which they feel entitled.