I have a love/hate relationship with my TV. Well, actually, it isn’t a relationship at all, being the TV can’t relate back to me, but sometimes I feel it does. I will admit that I love having the ability to be instantaneously transported into another world at my fingertips, whether it is to be educated or entertained. However, I hate how almost everything that comes through the screen has some sort of lie, postmodern storyline or politically correct message subtly weaved into it. I recently watched a hysterical (if you like dark humor) TV series entitled “How TV Ruined Your Life” (irony not missed). While much of it is cynical, I agree with much of what it says. For example, in the show that that covers the topic of how TV ruined your view of love, host Charlie Brooker says:

“But what is love anyway? When you are trying to work out whether you are in love or not, its only natural to compare how you feel with what you have been taught how being in love feels, and who taught you how love feels? Well, without even trying, the TV bombarded you with misguided notions about romance from the moment you were first naïve enough to swivel your eyes in its fibbing direction. According to research, when it comes to getting information about love, 94% of young people turn towards the television, while only 33% ask mom and 17% dad. But the plug in parent is a liar and the fictional world it portrays seeps into your skull setting a misleading framework.”

It’s part of our culture to own a TV. It is actually strange if you don’t have one. 99% of homes now have a TV, most having more than two. 90% of homes have a cable or satellite service. The average American watches over 4 hours of TV a day, with children watching an average of 3.5 hours and adults watching closer to 5 hours.(1) And for those who watch shows on the internet or via streamed services - such as Netflix or HULU – that counts as well. There is no denying that TV is a big part of our lives.

When we moved to a new state in 2003, I was determined to not have a TV in our house. I had just read “Amusing Ourselves to Death” by Neil Postman, which rai 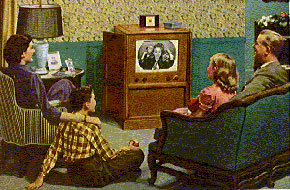 ls against the idea that anything broadcast through the TV can be educational. Everything it broadcasts must be considered as entertainment, even if it is considered “news” or “educational.” So when we moved into our new house, we didn’t have a TV.

We buckled and got a TV, but we were determined to not get cable. A year later we had cable. We did our best to not let the beast devour us, but soon it had its talons embedded in our media-addicted carcasses. I mostly justified it by avoiding “stupid” sitcoms and watching Discovery Channel, PBS, and the occasional mystery or drama instead. Eventually I got into to watching MORE mysteries and dramas. Really into watching them, which brings me to my entitlement point.

I felt after working all day (I had a consulting business at the time), being a full-time mom, and working in ministry, that I deserved at least one hour of uninterrupted TV a night (or four). I didn’t realize I had this attitude until I was watching the season finale of one of my favorite TV shows. There were 15 minutes left when people suddenly dropped by. Fine - we have a pretty open house and enjoy (and expect when leading in a ministry) these visits. But NOT during the season finale of my favorite show! I was entitled to watch it uninterrupted. It was OWED me. This was before DVR’s or internet streaming, so I tried to watch it while people were talking but it didn’t work. I was suddenly angry as hell! Then my bad attitude followed. I snipped and shushed to no avail, until I finally stormed off upstairs to catch the last 5 minutes of the show. What a gross attitude! It all stemmed from feeling I had the right to watch that show in absolute peace. Wrong!

I am glad to say that God convicted and broke me from that attitude, but every once in a while I want my TV when I want it, and I have all sorts of excuses, most stemming from that entitled place. I think my family struggles with it as well. My kids take all the dozens of cable shows available to them for granted. When I was a child, there were only four TV stations, and most of the time they had programming aimed at people my parents’ age. There were no such things as 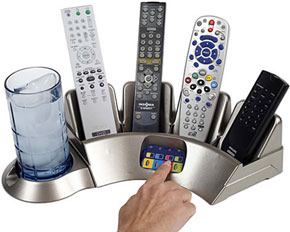 VCR’s or YouTube or the Internet. If there was one kid show on Tuesdays from 3:00pm to 3:30pm, then that was what you watched and the time you watched it. My kids don’t know how good they have it! Even though we use
a TV Token system (where you only get a 30 minute TV token for the next day if you did your responsibilities and chores from the day before) with our kids, I think they still feel entitled to watch what they want when they want to.

So goodbye cable. I am excited to see how this plays out. I am assuming, with TV being such a big part of our culture, that any sort of entitlement we have with it will come to the surface. Plus, it will be good in general to practice forfeiting something you like. And as an extra bonus we will save $80 a month. So here it goes. I will post updates below.

Joel and I are realizing how much we miss watching the evening news. That was part of our routine – work all day, eat dinner, relax and watch the news before one of us is off to do ministry. Ouch! It is weird, not doing that anymore. The kids aren’t even noticing it’s gone, because the weather has been good and they are playing outside all the time.

Got Netflix, which costs less than 10% of what we use to pay for cable. Now we can watch an occasional movie if we want to. Kids have some TV tokens saved up so they are watching a few movies with them. Discovered that they have shows on here as well, but not many of the shows the kids use to watch (like Adventure Time). They aren’t complaining though.

Gone all week so watched no TV at all, except for a movie one night. It was lovely, actually.

We should have waited to get Netflix, because it is quickly filling the void that cable left. “Occasional” movies are pretty frequent. I am getting addicted to Battlestar Galactica (thanks Dar) and my kids have found shows that I watched when I was a kid and loving them (like Rocky & Bullwinkle, Pink Panther, etc.). Uh oh.

Joel wants to get cable. Football season is coming up and I just found out that my baseball team has their own show on Showtime. This is difficult! I asked Morgan how she has been coping without TV, and she says she would like cable back because her friends all talk about this new show they are watching called “Ant Farm.”

Unlike last month, I believe we failed this one. Our first mistake was getting Netflix. What were we thinking? Since it really wasn’t too painful for any of us, maybe we didn’t take it far enough. Maybe we should have put the TV itself away. Or maybe TV is not really something we feel entitled to, but just want occasionally, but I think it is more the former. I like the idea of doing without TV though, so I think we will try it again in the future, but next time we will need to take the TV itself away..