Another article came out this month about the pitfalls of entitlement, this time in Forbes magazine. This one discussed how the Millennial generation, after immersing themselves in the cesspool of entitlement for the last 20 years, is slamming into a wall of confusion and emptiness. The author, a Millennial himself who has been diagnosed with depression, had this to say near the end of his article:

“We were taught to expect a lot and that we had choices to do whatever we wanted. So we went about doing it. We expect a lot from ourselves too, and become disappointed when we finally realize that we are not omnipotent, and that we are stressed out. It is this discrepancy between our expectations and the reality that trouble us. We have titles, status and money, but we feel void and empty inside. We lack purpose. We have drive and motivation to succeed, and yet, we don’t know what or why we need to succeed.” 1

This correlation between depression and entitlement is increasingly recognized. Once again, we read another example of how depression and “mental disorders” are most prevalent among the generation 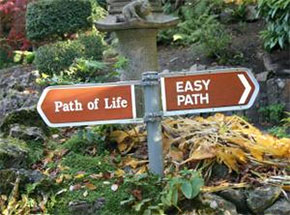 that has been raised under the largest entitlement umbrella our culture has ever seen.

The common factor? I believe it could be an overblown drive to find happiness. The pursuit of happiness usually plays out in self-serving ways. One of the interesting trends I have seen cropping up lately in articles about Millennials is that they are now saying that “freedom” is one of their highest pursuits, instead of money or power. Is that any better? Freedom sounds so legitimate (and in the right context, it is), but I think that they have just adopted a more palatable word to describe the fact that they just want what they want. So they keep pursuing happiness, and they keep getting depressed.

Which begs the question: if trying to find happiness through self-indulgence fails, would finding significance come from the opposite – like serving others?

Many books and studies are leaning this direction.

In the book Raising Self-Reliant Children in a Self-Indulgent World, Dr. Stephen Glenn argues that being a contributor leads to significance:

“When people are needed as contributors, they bond, invest, grow and get healthy. When everything is done for them, they continue to perceive themselves as inadequate and insignificant.” 2

Even on a biological level, this is being confirmed. Two neuroscientists from Emory University did a study recently where they induced people to do altruistic experiments and then monitored their brain activity while doing so. When helping others, activity was detected in the caudate nucleus and anterior cingulate, which are parts of the brain that become activated when 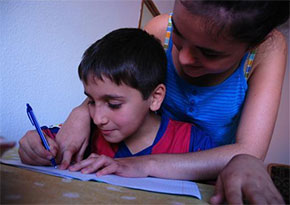 The bible is a big advocate for serving other people. The best example of this is the role Christ took with us as the suffering servant. He gave his life to benefit mankind for all eternity. We should emanate his example, and the bible gives great direction for how to effectively love and serve other people. There are dozens of “one another” verses in the bible, and many more that address serving specifically. Some examples:

“You, my brothers, were called to be free. But do not use your freedom to indulge the sinful nature; rather, serve one another in love.” Galatians 5:13

“Each one should use whatever gift he has received to serve others, faithfully administering God's grace in its various forms.” 1 Peter 4:10

Our decadent culture has spoon fed us so much self-indulgence that we have a hard time swallowing a concept like serving, or even believing that serving may actually help us feel joy. But yet, that is exactly what transpires when we contribute – we start to experience real significance, and in turn, it leads to contentment and joy.

So for our experiment this month, our antidote for entitlement will be to serve. Each week we are going to discuss serving and make a concentrated effort to love and serve others. The kids are already required to contribute to the family, even our two year old. They have not only practical things to contribute (like doing chores), but relational contributions to make as well (we make it a point to have each child find ways to serve the younger ones). However, there is definitely room for improvement, and we can find more ways outside our comfort zones to serve and love other people.

This week the kids are going to focus on loving and serving their friends at school. We stressed keeping a lookout for kids who appear not to have any friends or who are by themselves. Each morning, before the two older kids went out the door, we prayed for opportunities. For Morgan, my less-social child, this was really difficult and for the first three days she came home and didn’t do much because “she forgot.” On day 4 and 5, however, she remembered and told me that she sat with a kid that was by themselves at lunch to keep them company. On Friday she saw someone by themselves on the playground and hung out with them. Meagan doesn’t have a problem making friends, but she tends to be more self-centered, so we concentrated on specific acts of serving. The first day she came home she told me she did one thing. She saw a boy accidentally dump his backpack on the ground and she got up from her desk and helped him pick it all up. By the end of the week, she was able to share a couple of things she did each day for her fellow students and teacher.

I really liked how last week was shaping up, so we continued on the theme of loving and serving others at school. For Emmy, since she doesn’t go to school yet, we talked about serving the dog and then loving and serving her friends at our playgroup. She did o.k., but forgot very quickly into the playgroup that life wasn’t about her. I tried to give her practical ideas on how to help (give baby Alex a toy!), and she would do it, but it was probably more of a mechanical response than a heart response. She is only two, but you have to start somewhere!

This week I wanted to have the kids love and serve our children we sponsor through Indian Gospel League and Compassion International. We started the week reading letters from them and then having the kids write letters back. They also took their allowance and each bought something for the kids to send overseas (for one sponsored child we could only send money, not gifts, so the kids sent their allowance instead). They had a lot of fun with this, and I hope this starts a trend for them wanted to continue contributing their resources (via allowance and letters) to our sponsored kids in need.

We essentially had many repeats of the first three weeks - looking out for others at school, serving their friends, and writing to and praying for our sponsored children. Meagan in particular really eased into this mentality, while Morgan had a more difficult time "remembering". Emmy never really grasped the concept, but at two years old, I wasn't having really high expectations!

While the kids did decently well serving others, it was obvious we have a long way to go. One month of this doesn't suffice, and this needs to be a regular, ongoing way of life. So throughout the next few months, I will continue to be proactive in helping our family grow in this area.