Getting Them Out To Figure It Out

My kids have always loved nature. Not a camping trip goes by that doesn’t entail the mandatory trek to find a river to play in and catch crawdads. So a few years ago, when my younger two kids were 6 and 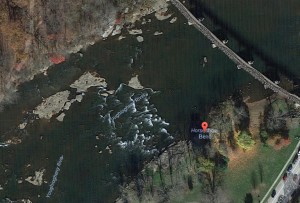 11, I took them to the Youghiogheny River in Pennsylvania, where it meets the small town of Ohiopyle at the Horseshoe Bend. If you are familiar with the popular tourist spot, you know that the river is wide and shallow, dotted with rocks. Yet it also has areas where the water can pass by at a good pace, pushing kayakers by on a regular basis.

During this visit, I allowed my kids to wade through the water and climb the rocks pretty far out in the river – maybe 50 feet or so. My youngest wasn’t a strong swimmer, but she had her life vest on, so I wasn’t too worried as the water was no higher than her hips. Then came the moment when they turned around and looked back at me with THE LOOK. The look that said they were too scared to venture out any further, but had suddenly realized that coming back looked daunting, so they wanted help. The look of “I’M STUCK!” I was suddenly faced with a choice – do I go out and save them, or make them figure it out on their own?

The mother’s heart, fueled by the “helicopter parent” culture, was screaming at me that I needed to go out and rescue my kids. But I didn’t. Why? Because here was a fabulous opportunity for them to figure out how to get back on their own. I know it may sound like a cruel thing to do, and many parents nowadays would take umbrage with the idea I wouldn’t automatically save them. “How irresponsible” some may say.

Or…. would the irresponsible thing be to actually SAVE them?

Our entitled culture has created an environment where taking risks is seen as not only uncomfortable but actually dangerous. A dominant theme of entitlement is the right to be comfortable at every given moment, so any risk-taking is a threat because that means being uncomfortable. This translates into parents who are too scared to let their kids out of their sight and will give them whatever they want to appease them and keep them safe – which usually means endless access to YouTube videos, Netflix, and Social Media. That will keep them out of harm’s way!

If we allow that environment to continue happening for our children, it won’t end up well for them. Jonathan Haidt, a social psychologist and professor of ethical leadership at New York University Stern School of Business, sees this in today’s college students:

“I have never seen such rapid increase in indicators of anxiety and depression as we have seen in the past few years. If you think about it as a mental-health crisis, then you might be tempted to say: we need more help, more counseling, more protection for those who are suffering from mental illness. But if you look at it that way you will miss the broader pattern, which is that for 20 to 30 years now, Americans have been systematically undermining the development of resilience or toughness of their children.” ¹

I’m reading Jean Twenge’s latest book iGen ², and as she describes this generation of do-nothings and anti-risk takers (my words, not hers), I am even more convicted of our need as parents to fight this latest wave coming off the sea of our culture of entitlement. With the ease of technology and it’s 24/7 access to the world in the palm of your hand, why go out in the world in the first place? EVERYTHING COMES TO YOU. No risk involved, except for the mental and spiritually damaging items ON the internet and Netflix (but that’s for another post).

In the short term, making it your main priority to keep your kids comfortable, safe, and happy seems like the right thing to do. However, in the long-term, it cripples them from becoming mentally healthy, mature adults. Why is this? Because adulthood has daily risks, and if the muscle of navigating risks isn’t trained throughout childhood, it’s like tossing an emaciated boxer in the ring with a fully muscled, experienced boxer – and we all know that wouldn’t end up well for the emaciated boxer.

Another illustration that comes to mind is the one from the movie Wall-E, where the human race is 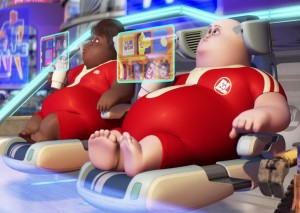 relegated to a sedentary lifestyle of screens and automated chairs that take you everywhere. This movie came out in 2008 – before the “internet Generation” was even on anyone’s radar. In my peer circles, all who watched this scene in the movie had a visceral reaction to this apathetic, sad depiction of where humanity had gone. Yet less than 10 years later, in 2017, here we are - close to fitting this description more quickly than anyone realized. However, that’s the problem – no one realizes it, especially parents who themselves are compromised by our high-level of smartphone usage with its attention-absorbing power. It’s not just a good depiction of the physical consequences of hyper-connected passivity, it’s also an excellent depiction of where our kids are ending up mentally – trapped in a mindset of helplessness and ill health.

As parents, it’s important that we become aware of what our culture of entitlement is doing to our kids. Especially those of us who have kids in the iGeneration (born since 1995, according to Twenge’s book). In our household, combatting this takes a concentrated effort in at least two areas: 1) monitoring “screens” and 2) encouraging enough freedom to have them work out their own problems in a responsible context. Obviously, I’m not going to drop my 12-year-old in downtown Cleveland and tell them to figure out how to get back home on their own (but wouldn’t that be fun!). But if your kids are out playing (with no to minimal supervision, depending on their age), interacting with their peer groups (without the help of a phone), and regularly introduced to new situations (which will happen if they aren’t tethered to their phone), the appropriate risk-taking opportunities will present themselves. And when they do, we need to STAND BACK and let them struggle through the situation and figure it out. No coddling, no rescuing.

I’m not the only one that feels this way. Other people also understand how important it is to allow our children to take risks. In the documentary “The Land,” the director Erin Davis explores the rise of “risky playgrounds” cropping up in the United Kingdom. When asked why risky play is so important, this is what Erin Davis said:

“It’s really more about child-directed play than “risky” play, per se. When a child chooses the content and direction of an activity, it’s likely that eventually, something about it will make adults cringe. Committing to support child-directed play means relinquishing control and managing your own feelings of discomfort.“ ³

One pioneer of these playgrounds, Marjorie Allen, summed it up this way: “Better a broken bone than a broken spirit.” (4)

So did my kids make it back to the shore of the Youghiogheny River? Obviously, the answer is yes. They had to put their problem-solving skills to the test many times, trying to figure where to step and where not to venture in their wet trek back to safety. It did involve a few falls, but they learned from those falls. Honestly, I think they had fun in the process.

Just to be clear, I’m not saying let your kids take crazy risks. You shouldn’t let your kids jump off a roof onto a mattress, try drugs “at least once,” or push your teenage daughter to have snuggle dates in the basement with her boyfriend. This is about challenging your kids in NORMAL ways. While my husband and I have been proactive in allowing our kids learn from risks (e.g., using the stove on their own, climbing way up a tree, building and lighting a campfire), I know there are times where we failed in providing natural opportunities for them to learn. But the point of this post is not to suggest that I am the perfect parent in never rescuing them or managing their screen time (I could have done better…I can still do better in this area!). The point is to give them PLENTY of opportunities to work through risky situations so they can build that muscle towards managing “adult” risks that come their way once they go off to college.

But it’s more than just helping them grow up resilient. Yes, we want our kids to be mentally healthy adults willing to take risks – but risks for the right reasons. Risks for the Gospel. Our world is going to become increasingly more hostile to the Good News Jesus Christ has to offer, and I want them to have the resilience muscle built up to withstand the persecution that will come their way for going against 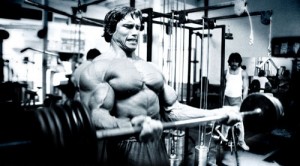 the culture and standing up for their faith. That may seem a long way off (especially for my 8-year old), but strength training takes time. And small steps. No one aspiring to be a body builder walks into a gym and starts bench pressing 225 lbs. You start with the bar and a couple 10 pound weights, and slowly work your way up as you get stronger. Like other aspects of parenting, it takes a repetitive, consistent, long-term effort. This is what we need to do with our kids in the area of risk-taking, to counter to the deeply-ingrained entitlement permeating our culture.